A project is considered to be exited, when one of the following two conditions has been met: 1. All loans have been fully repaid incl. interest, and IFU’s shares have been sold according to a legally binding agreement without any conditions precedent, or 2. A bankruptcy/liquidation procedure has formally been initiated by appointment of a liquidator/receiver. Until one of these criteria has been met, projects will appear in the list of active projects, even if the operation is discontinued.

Historical figures and information in the portfolio list are adjusted if deviations to the underlying documentation are found.

Total disbursements are the total sum in DKK of share capital and loans disbursed to projects as at the report date. Disbursements in foreign currencies are stated in the DKK equivalent at the exchange rate prevailing at the time of disbursement. Disbursed amounts are on an aggregated level normally smaller than the amount for contracted investments due primarily to the following factors:

In addition, disbursement figures can be different from the figures for IFU’s contracted participation due to changes in the exchange rate for the currency in question, or if the stated participation includes amounts originating from conversions.

From 2021, IFU as a general principle applies the incremental approach to the calculation of expected total investment in brownfield projects and in case IFU provides additional financing to existing projects. In addition to 2021 investments, the method has initially been applied for new projects made since 2019 and all projects made by the SDG Fund. Accordingly, only new capital from IFU and other investors in the financing round in which IFU directly participates is included in the figure stated for expected total investment. The method is deemed to provide a more precise reflection of the capital mobilised.

Actual direct employment shown for the active projects is the actual total number of persons – full-time equivalent (FTE) – employed directly in the project companies, including subsidiaries, as reported to IFU by the project company. For investments in projects where employment is registered at a secondary level – for example in a fund’s portfolio company – the figure for actual direct employment reflects the actual total number of persons employed directly in the companies at the secondary level. Figures are collected once a year and are trailing one year to ensure a more comprehensive data set for the period reported, i.e. actual employment data in this report is typically valid as per end 2020. In case some of the company’s activities are run by an external contractor, the persons employed by the external contractor are included, when on-site services are provided. There may be figures for actual employment, even if IFU has not made any disbursements to the project. This will typically be the case when IFU’s participation takes place in the form of a guarantee, or in cases where the project company has not yet requested disbursement or IFU’s participation is cancelled before any disbursement has been made. Even if no disbursements are made, IFU will have contributed with advisory and financial services. No figures for actual employment are shown for projects established in the most recent calendar year. The aggregated figures for actual employment for active projects are typically lower than the figures for expected (full capacity) employment, because a number of the projects are under implementation. From 2005 and onwards, actual direct employment shown for exited projects is the last recorded figure before IFU exited the project company, thus showing the employment level reached during IFU’s engagement.

Totals for expected and actual employment for countries and continents may not always be comparable as project specific figures in a number of cases do not include both figures due to either type of investment and/or time of exit of investment. Totals for actual employment may in some cases include double counting if more than one investment fund, in which IFU has invested, has invested in the same portfolio company.

An ESG categorisation is made for all projects during the due diligence phase to assess the sustainability risk. Projects are categorised as A, B+, B or C projects, where A are projects with the highest environmental and social risk. More information about the ESG categorisation and how it is implemented can be found in IFU’s Annual Report.

Totals may not add up due to rounded figures.

ØGER ADGANG TIL UNIVERSITETSUDDANNELSE I AFRIKA

The Tax Policy Compliance Statement is prepared in respect of the specific investment and is issued by IFU’s independent tax advisor at the internal approval date. 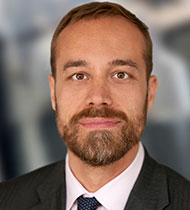