Søren Peter Andreasen will take up the position as new Deputy CEO of IFU, the Danish Development Finance Institution, by 1 February 2023. He holds solid experience in development finance and has an extensive background within management and strategy.

“I am happy to welcome Søren Peter Andreasen to IFU. I am sure that he as part of IFU’s executive management will be able to offer a strong and professional contribution to the continued development of IFU as a best in class impact investor,” said Torben Huss, CEO of IFU.

“There is high demand for private sector financing to support developing countries in meeting the SDGs and handling climate change. Bringing Søren Peter Andreasen on board as Deputy CEO will definitely strengthen IFU’s ability to act as a leading investor focusing on creating green, just and inclusive societies,” said Michael Rasmussen, Chairman of IFU’s Board of Directors.

Søren Peter Andreasen is currently the CEO of EDFI, which is the umbrella organisation for the European development finance institutions. Moreover, he serves as chairman of the Board of Directors of EDFI Management Company, specialising in innovative development finance. Søren Peter Andreasen has also held a position as member of the Global Future Council on SDG investments under the auspices of the World Economic Forum.

“I am proud to take up the position as Deputy CEO of IFU, which has a great track record as an impact investor and is a pioneer in mobilising private finance through its SDG investment funds. Together with IFU’s talented staff I am confident that we can further advance IFU and its contribution to sustainable development in developing countries,” said Søren Peter Andreasen.

Søren Peter Andreasen holds a BA in Political Science from Aarhus University and a master’s degree in Public Policy from Harvard University. He has previously worked at McKinsey & Company and as co-founding partner of Dalberg Global Development Advisers. 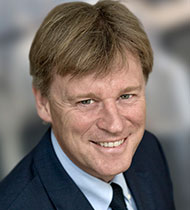