IFU has signed a shareholders’ agreement with ACME and UNOPS to develop and finance a 250-megawatt solar power plant in the state of Rajasthan, India. The plant will provide green electricity to the equivalent of 500,000 households and will be one of IFU’s largest renewable investments to date in terms of megawatt capacity installed. The investment is made on behalf of the Danish SDG Investment Fund, which is backed by the Danish state, large Danish pension funds and other private investors.

Today, more than 60 per cent of the energy produced in India is based on coal and gas. Consequently, renewable energy is a high-priority sector for the Indian government to reduce CO2 emissions and meet the increasing energy demand from a growing economy, population and urbanisation.

The project will add 250 megawatt of solar power capacity to the national grid in India and provide electricity to the equivalent of 500,000 households under a 25-year PPA agreement with Solar Energy Corporation of India Limited (SECI). SECI is an AA rated public entity owned by the government of India.

“The investment is in line with our ambition to create green, just and inclusive societies, because it will assist India in its green transition and provide additional energy supply to more people in India enabling them to improve their livelihood.”

Strong co-investors
The project has been developed by Acme Solar, a leading developer and producer of solar power in India, operating a total of 2.6 gigawatt solar power in the country.

Total cost of the project is EUR 150m, and IFU will hold 39% ownership. IFU’s investment is made on behalf of the Danish SDG Investment Fund, which is backed by the Danish state, larger Danish pension funds and other private investors.

UNOPS, a UN organisation, will co-invest through Sustainable Investments in Infrastructure and Innovation (S3i), set up to deliver both social and environmental impact.

“Providing clean and green power is at the forefront of global commitments to address climate change. We need an urgent transition from fossil fuels to renewable energy. UNOPS is proud to support India’s climate target and all of the partners in this landmark renewable energy project,” said Grete Faremo, UN Under-Secretary General and UNOPS Executive Director.

“We are delighted to have had this opportunity to demonstrate our commitment to the government and people of India and show that we care and are willing to take risks while the country is working so hard to combat the devastating COVID-19 pandemic. As the world is slowly but surely recovering from this modern plague, building back green is the fastest and most optimal way to a more sustainable future,” said Vitaly Vanshelboim, Assistant UN Secretary-General and Chief Executive of Sustainable Investments in Infrastructure and Innovation (S3i).

“This is a historic partnership agreement, and we are very excited to have UNOPS S3i and IFU as our partners and co-investors in India for the development of solar projects. ACME will jointly develop world class solar plants using the experiences of our partners in social impact measurement while optimizing operations and energy generation. This partnership is a key milestone towards ACME’s vision for developing a portfolio of 25 GW of RE projects, which comes in line with India’s plans to achieve 450 GW of RE power by 2030,” said Manoj Upadhyay, Founder and Chairman, ACME Group.

“The Green Strategic Partnership sets the direction for the green energy transition of India. Happy to see the first concrete RE project that transforms our joint commitments for a better and greener future. The ACME Solar Project is an important step where green financing from Danish stakeholders contributes to India’s ambitious RE goals.”

In terms of megawatt capacity installed, the investment is one of IFU’s largest single renewable investments to date and will add further to IFU’s large portfolio of investments in renewable energy, which has reached a total of 2GW.

“We are very proud to have made a significant contribution to the global green transition by investing in renewable energy across several countries in Asia, Africa and Latin America. With this first investment under the India-Denmark Green Strategic Partnership we hope to have assisted in creating even stronger green cooperation between India and Denmark, going forward.”

Supporting the Global Goals
In line with the mandate of the Danish SDG Investment Fund, the investment will support the realisation of the Sustainable Development Goals, especially goal 7.2: To increase substantially the share of renewable energy in the global energy mix, and goal 13.a: Mobilising climate-relevant private investments to developing countries.

The state of Rajasthan has some of the highest irradiation levels in the country. When commissioned, the project will produce 675 GWh annually and reduce CO2 emissions by more than 500,000 tons CO2e annually, compared to the current energy mix.

During construction, it is expected that the project will create 225 direct jobs, and 75 permanent jobs during operation.

Information on investors
UNOPS Sustainable Investments in Infrastructure and Innovation (S3i) is dedicated to making the SDGs a reality by investing with meaningful and measurable impact in affordable housing, renewable energy and health, and boosting innovation. Our unique role as co-investor and trusted partner enables us to channel private financing in regions and sectors that have struggled heretofore to attract capital. We bring to bear UN’s impartiality, fairness and anti-corruption drive further reinforced by UNOPS’ flexible, agile and solution-oriented approach.

ACME Solar is one of India’s leading IPP players in the solar energy sector with a portfolio of c. 5.0 GWp, out of which 2.3 GWp is operating and 2.7GWp in under construction. The assets are well diversified with a presence across 13 states in India and a central state mix of 65:35. The company has an asset base of c. USD 2bn. ACME has brought several innovations and introduced latest technologies for the best solar plant operations. 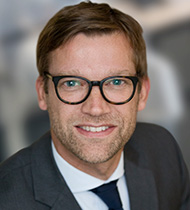 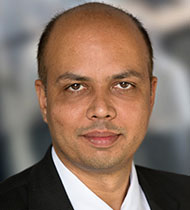