In cooperation with NEFCO, EBRD and a local partner, IFU has invested in a new 36MW solar park in Ukraine. Yavoriv Solar will contribute with clean energy, reduce CO2 emissions and increase national energy production in Ukraine. Total investment is close to EUR 35 million.

Today, renewables only count for around two per cent of the total energy mix in Ukraine. Consequently, Yavoriv Solar will contribute with an important increase of the production of renewable energy in the country, where the ambition is to reach a 25 per cent target by 2030.  Besides energy production the investment will also lead to 150 – 200 jobs during construction and around 10 permanent jobs, when it is fully operational.

Yavoriv Solar will be constructed in western Ukraine, close to the village of Ternovytsa in the Yavoriv district. The 36MW solar plant is expected to produce 30GWh per year and reduce CO2 emissions by around 230,000 tCO2e during lifetime. It is expected that the solar plant will start production already during 2018.

Going forward, a second phase is to expand the solar plant to a 72MW construction, which will make Yavoriv Solar one of the largest solar parks in the country.

– Yavoriv Solar will contribute with an important increase of the production of renewable energy in Ukraine, and we are very pleased to be part of this investment, said Olexiy Parkhomchuk, Investment Director for IFU in Ukraine.

The solar park is IFU’s second renewable investment in Ukraine, as the fund has also co-financed the Karpatsky wind park in the same area.

Close to EUR 35 million to be invested

The total investment in the solar project is EUR 34.7 million. IFU, NEFCO (Nordic Environment Finance Corporation) and a local partner, Energopark Yavoriv, have injected equity into the project. The European Bank for Reconstruction and Development (EBRD) is co-financing the project with debt. 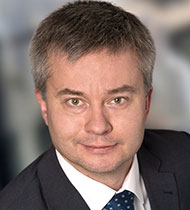