IFU has close ties with Ukraine and has invested more than DKK 800 million in 60 projects in the country through the years. In the current situation, our thoughts are with the Ukrainian people and our many business partners and their employees in the country.

Ukraine is a priority investment country for the Investment Fund for Developing Countries (IFU). Through the years, IFU has invested more than DKK 800m in nearly 60 projects in the country, and many investments have been made in cooperation with Danish companies.

“IFU has close ties with Ukraine. We are shocked and condemn the Russian invasion of a sovereign and democratic European country, and our thoughts are with the Ukrainian people and our business partners and their employees in the country,” said Torben Huss, CEO of IFU.

Many renewable energy investments
The purpose of IFU’s investments is to support sustainable development and contribute to attracting capital to private companies that can create economic and social progress in Ukraine.

Currently, IFU and IFU managed funds have outstanding investments of DKK 400m distributed on 14 investments. All investments are heavily affected by the ongoing war, and IFU is monitoring the situation closely.

A large share of the current investments is in renewable energy, where IFU has contributed to a total production capacity of more than 300 megawatts. Nearly all the energy companies are intact, but to a varying degree prevented from producing energy due to restrictions caused by the war.

Wind farm hit in connection with Russian invasion
One of the companies, Syvash, a 240 megawatt wind farm close to Crimea, was temporarily closed when the Russian invasion started, and all employees were evacuated for safety reasons. When the Russian troops advanced, at least one of the wind turbines and a sub-station were hit. IFU has no information about the current status, as the company does not have access to the wind farm.

“For now, for obvious reasons, it is impossible to know what the future looks like in Ukraine. We are monitoring the situation closely to assess how we can support our business partners. Hopefully, we will be able to resume investment activities at some point and continue to contribute to creating economic and social progress in Ukraine,” said Torben Huss. 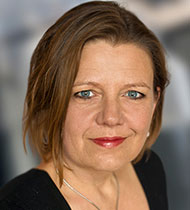