In 2019, IFU provided DKK 75 million in risk capital to United Exports, which is a blueberry producer and exporter based in South Africa. The proceeds were used to add additional land and modernise production. Now the mezzanine loan has been repaid, and IFU is exiting the company.

In 2019, IFU in cooperation with IFC and FMO provided loan financing of DKK 224 million to United Exports, which is a large blueberry producer and exporter based in South Africa. IFU contributed one third of the financing on behalf of the Danish SDG Investment Fund, which is backed by large Danish pension funds and private investors.

The financing has enabled United Exports to add additional 180 hectares of land and improve and develop their packing and distribution facilities, thereby supporting growth in production and export earnings. Moreover, around 500 new direct jobs have been created. Besides own production, United Exports is also sourcing from local farmers in South Africa and Zambia.

During the high season, Untied Exports employs more than 4,000 people – of whom nearly 90 per cent of the seasonal and half of the permanent workers are women

The high number of women employees qualified United Exports to become part of the 2X Challenge, which is a joint initiative by IFU and other DFIs to promote investments that support the empowerment of women.

As part of the 2X Challenge, United Exports has launched several new initiatives to advance the inclusion, participation and promotion of women at its South African production sites, for seasonal as well as permanent staff. They include a variety of quality-based programmes and initiatives, like health awareness days and a mobile clinic service, for example.

“We are pleased that our risk capital and active involvement have led to increased production, new jobs and better opportunities for women, thereby delivering on our ambition to create impact by investing in the private sector in Africa.”

IFU’s mezzanine loan has been repaid in full, and consequently IFU terminates its engagement in United Exports. 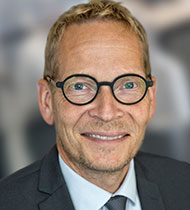