The largest bank in Tanzania, CRDB, is opening a subsidiary in the Democratic Republic of Congo that will focus on strengthening financial inclusion, increase access to financial services for SMEs and women as well as support green projects.

The investment is part of CRDB Bank Group’s regional expansion strategy, targeting the larger Eastern Africa market. The DRC subsidiary, which will be based in the commercial hub of Lubumbashi, is expected to commence operations within the second half of this year, following the approval by the Central Bank of Tanzania in May 2021.

“We see the DRC as an exciting market for us since it provides a unique opportunity for our Group to transform lives beyond our borders,” said Abdulmajid Nsekela, CRDB Bank Group CEO & Managing Director.

“Our equity partners provide us with a unique edge because of their strong focus on sustainability and social development,” Nsekela said.

IFU invests in financially viable companies, contributing to the green transition as well as building just and inclusive societies. On the other hand, Norfund prioritizes investments in four investment areas aligned with the UN´s Sustainable Development Goals. The areas include clean energy, financial institutions, green infrastructure, and scalable enterprises.

“We are impressed with how CRDB Bank is committed to sustainability, and we see partnering with the bank in entering DRC as a great opportunity to promote financial inclusion and contribute to job creation in a country where the majority of the population is unbanked”, said Mr.  Espen Froyn, Vice President of Norfund.

On his part, IFU Vice President Morten Elkjær noted that CRDB Bank’s continued investment in sustainability programs such as climate adaptation agriculture and clean energy have made it a strategic ally and a thought leader.

“We are particular about investments that support the green transition and contribute to poverty alleviation and reduced inequality,” Elkjær explained.

The operations in DRC will have a special focus on the strengthening of financial inclusion, increase access to financial services for SMEs and women, as well as reducing GHG emissions through financing of green projects.

CRDB Bank is the first Tanzanian bank to venture into the DRC, which is considered the country’s biggest trading partner. Tanzania trades with DRC in various sectors; including agricultural and industrial produces.

DRC relies on the Port of Dar es Salaam in importing and exporting goods. In 2019, Tanzania and DRC inked a bilateral agreement for the construction of the Standard Gauge Railway connecting the two countries via Burundi.

With a surface area the size of Western Europe, the Democratic Republic of Congo (DRC) is the largest country in Sub-Saharan Africa (SSA). It has immense natural resources, including minerals such as cobalt and copper, hydropower potential, significant arable land, good biodiversity, and the world’s second-largest rainforest.

Its population of more than 90 million people offers a sizeable market for products and services, making it a viable frontier for investments in the region. The country profile indicates immense opportunities servicing people in different segments and profiles using CRDB’s integrated business model on inclusive financing to transform lives and support entrepreneurship.

The DRC subsidiary will be the CRDB Bank Group’s second subsidiary outside the country after the Burundi subsidiary launched in 2012.

CRDB Bank is the first bank in Tanzania to be rated amongst the top ten stable and safer to invest African banks by the world’s most respected rating agency, Moody`s Investors Services. Moody`s rated CRDB Bank with a “B1 stable outlook” which is the highest rating to have been acquired by banks or financial institutions in Sub Saharan Africa. UN Green Climate Fund accredits CRDB Bank since November 2019 and Global Finance recognizes it as the Best Bank in Tanzania for the year 2020.

CRDB Bank provides unmatched convenience in Tanzania and Burundi serving more than 4 million customers with a large footprint of 268 branches, 19,000 CRDB Wakala, over 550 ATMs, over 1,500 merchants and a 24/7 Call Centre. For further information visit: www.crdbbank.co.tz 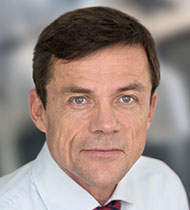 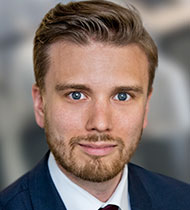