Silk Road Group and IFU have entered into an agreement to transform one of Tbilisi's most prominent landmarks into a 220-room hotel. The hotel will be LEED Gold certified and will contribute to creating jobs and promoting tourism in Georgia.

Silk Road Group has secured EUR 15m in funding from IFU to transform Tbilisi’s historic Telegraph building into a lifestyle hotel. IFU’s funding is provided via the Danish SDG Investment Fund, which is backed by large Danish pension funds.

The 220 room hotel will create 350 local jobs in hospitality and secure the future of one of Tbilisi’s landmark buildings. Plans for the final hotel include an groundfloor food and beverage facilities, rooftop terrace and redevelopment of the hotel’s sizeable courtyard, into meeting and banqueting facilities.

The redevelopment will be built to LEED Gold standards for environmental impact, making it the first building in the Caucasus to do so.

“I am happy to announce that the Danish SDG Investment Fund has committed to invest €15m into our new project to renovate the iconic former Telegraph building in the heart of Tbilisi.

We started investing into the Georgian hospitality industry back in 2007. Those were not particularly easy times either due to the world economic crisis and the 2008 August war but our projects proved successful.

So now we are full of optimism. We believe in the future of the Georgian tourism and hospitality industries. We are grateful to IFU for their trust in the Georgian economy in general and particularly into our Telegraph project in these difficult times. I think this is a good sign for the whole our country.”

“We are very pleased with our investment, and we look forward to seeing this landmark building transform into a modern and sustainable hotel creating local jobs and paving the way for further tourism and business in Georgia”.

Built in the 1970s, the Telegraph building is one of the city’s most recognisable Soviet-era buildings. The redevelopment is symbolic of Georgia’s growing popularity as a modern-day tourist destination, which saw over 5 million visitors in 2019.

“This project is great news for tourism in Georgia, which has become an integral part of the wider economy in recent years. It will create local jobs and see a significant investment in the local area at a particularly challenging economic time”

The development and integration of the LEED Gold standard in the redevelopment will be financially supported by IFU’s Neighbourhood Energy Investment Facility.

IFU’s Investment Director, Klaus Prebensen, who has been heading the transaction for IFU, said:

“Including the LEED Gold standard reflects our ambition to support local development as well as taking care of the environment, which are integrated targets in the Sustainable Development Goals and a main priority for IFU and the Danish SDG Investment Fund”.

The building is located in the heart of Tbilisi on Rustaveli Avenue, complementing Silk Road Group’s other properties on Republic Square. The proximity to SRG’s existing Radisson Blu Iveria is crucial to this project allowing the redevelopment of the square to become a leading tourist attraction. 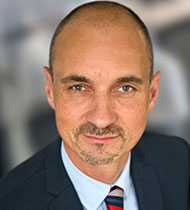