IFU has made close to 130 investments in Latin America.

IFU made its first investments in Latin America in the 1970s. Since then IFU has invested within a number of sectors, including production, infrastructure, agriculture, health, energy, tourism, hotels and restaurants.

IFU’s portfolio of project companies in Latin America can be viewed here.

Financing, advice and own office

IFU offers advice and risk capital and typically participates in an investment from planning over implementation and until the established company is financially viable. Once the shares have been sold or the loan repaid, the proceeds are reinvested in new companies.

IFU has an office in São Paulo, Brazil, offering advice on location. The locally employed senior investment manger is on the board of  a number of companies established in cooperation with Danish companies. 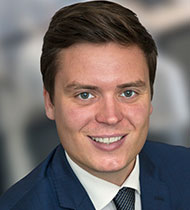