IFU has approved the co-financing of a large 250-megawatt wind farm project in the south eastern part of Ukraine. Total cost is DKK 2.8 billion. The wind farm is IFU’s fifth renewable energy project in Ukraine, leading to a total of 360 megawatts.

Ukraine is challenged by an energy sector which is obsolete and in dire need of modernisation. Consequently, Ukraine has developed an ambitious strategy to increase domestic production of energy and to improve the share of renewable sources to 25 per cent of the total energy supply by 2035.

To support the strategy, IFU has in recent years invested in four renewable energy projects in Ukraine. And now IFU has approved the co-financing of Syvash Windfarm in the south eastern part of the country close to Crimea.

– We are very pleased to get involved in the Syvash project, because it fits very well with our strategy to increase investments in renewable energy and to support the expansion and modernisation of the independent energy sector in Ukraine, said Torben Huss, CEO of IFU.

64 turbines to be erected

The Syvash Windfarm is a 250-megawatt project developed by NBT and Total EREN, which are based in Norway and France, respectively. Total cost of the project is DKK 2.8 billion, of which IFU has provided DKK 112 million in loan financing.

The project is based on the erection of 64 3.9-megawatt wind turbines that are supplied by the German company Nordex. Included in the project is also a substation and a transmission line connecting the wind farm to the national grid.

Syvash will be constructed in two phases of 125 megawatts each. It is expected that both phases will be concluded by the end of 2019. During construction, the project will provide jobs for around 300 people, and when operational it will have a permanent staff of 50 people.

When the project is fully implemented it has a planned production of 850 GWh per year, which corresponds to the electricity need for approximately 100,000 households.  Total expected GHG savings are estimated to be approximately 7.6 million tons CO2e during the project’s lifetime.

Prior to the Syvash Windfarm IFU has co-financed Karpatsky Wind of 21 megawatts, Yavoriv Solar of 36 megawatts, KNESS Solar of 34 megawatts and Ganska Solar of 19 megawatts, which leads to a total of 360 megawatts. 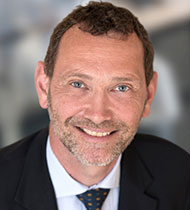