In the vicinity of Coremas, Brazil, a huge solar park project is unfolding, developed and partly financed by Danish entrepreneurs, pension funds and the Danish state. The 93 MW Coremas solar complex will produce 150 million kWh per year corresponding to the annual electricity consumption of 55,000 Brazilians. During its lifetime it will reduce greenhouse gas emissions by 450,000 tonnes and spur local development.

One of the main challenges of the future is global warming. With the growing world population and an increasing demand for energy it is imperative to develop and implement large-scale alternatives to traditional fossil fuel-based energy.

The Coremas solar complex is such an alternative. By utilising the irradiation from the sun, the solar park will when fully commenced produce 150 million kWh renewable energy per year corresponding to the annual electricity consumption of 55,000 Brazilians. Moreover, the project will reduce greenhouse gas emissions by 450,000 tonnes during its lifetime.

– The Coremas solar project will contribute to reducing global warming as well as increasing energy supply and local development. Consequently, we are supporting several of the 17 UN Sustainable Development Goals like for example goal 7 “affordable and clean energy”, goal 13 “climate action” and goals 8 and 17, which include “providing decent jobs and “local partnerships”, said Jens-Peter Zink, Managing Director, Nordic Power Partners.

The Coremas project is located close to the city of Coremas in the Brazilian state of Paraiba. Coremas has one of the highest irradiation indexes in Brazil and is consequently a perfect location for a solar park.

The project is majority-owned by Nordic Power Partners (NPP). NPP was established by the Danish developer, European Energy, and the Danish Climate Investment Fund, managed by IFU.

NPP develops, designs, constructs and operates wind and solar projects around the world. The business model is based on European Energy’s solid track record from building 1 GW of renewable projects in Europe and has been extended to emerging markets and developing countries by utilizing IFU’s more than 50 years of experience in investments in those markets, including Brazil, where NPP has been active since 2016.

– Brazil is an interesting market, where there is a need for more solar energy to meet the growing demand and increase the energy mix making Brazil less dependent on hydropower, said Knud Erik Andersen, CEO of European Energy.

In 2017, NPP successfully sold its first 90 MW solar project rights in Boa Hora, Brazil, to a large international utility company. During the last 18 months, NPP has focused its efforts on constructing the Coremas solar complex.

The project, which will be one of the largest solar plants in Latin America, is divided into three phases, where each plot has a capacity of 31 MW. As of today, the first two phases have been energized, and construction of the third and final phase is under way and expected to be completed in 2019. The projects will dispatch the energy under a power purchase agreement signed with the Brazilian energy regulator ANEEL, which was awarded under the 2014/2015 renewable auctions.

Apart from producing renewable energy, the project also creates local development by generating jobs and business opportunities for goods and service providers operating in the area, and the project has secured financing through Banco do Nordeste, a Brazilian development bank serving the north east region of Brazil. However, solar plants require huge land areas and thus have a potential negative impact on local communities. This makes the voice of the local community important to the Danish investors.

During the peak of construction, the project employed nearly 500 people, of which 95 per cent came from the local community around Coremas, holding around 10,000 inhabitants. Also, a number of local businesses have benefited from the project, providing services relating to engineering, IT, transport and catering over the two-year construction period. WEG, a large Brazilian construction conglomerate, is the EPC contractor.

In total, the project will require 210 hectares of land, which is equal to more than a 100 American football fields. To discuss the implications and learn how the local people see the opportunities that the project brings, community meetings have been held on an ongoing basis.

– It is very important to IFU that the project and the community have a mechanism enabling the affected parties to raise their concerns and grievances. This can be done during the meetings or through the appointed community liaison persons, said Reik Müller, Vice President, IFU.

Overall, the local community is supporting the project, but at the meetings and in the dialogue some issues were raised. This includes dust generated due to heavy traffic and a concern regarding water availability, which is a general problem and not project specific.

– I’m pleased that the community is supportive of the project, and that we have been able to address the concerns. It is a small community that needs development to create jobs and opportunities – also for future generations, said Reik Müller.

To address various demands presented by the community, IFU offered a Danish Development Aid grant for an independent assessment and agreed to finance 60 per cent of community-related investments like water wells, completion of a community hall and vocational training of the local black quilombo community.

The observance of the strict Brazilian national standards is ensured by contracting an experienced local agent, Flora Sertão, who prepares, implements and monitors environmental aspects of each of the phases. This includes daily and weekly training of all staff on site as well as replanting and transfer of animals caught on site to the legal reserve area, which by the local regulations covers 25 per cent of the project site.

All IFU projects comply with national legislation and IFC Performance Standards. IFU also supports and implements the ten principles of the UN Global Compact due to its membership of Global Compact since 2008. 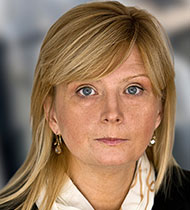