Skip to content
Sign up for our newletter here
20
per cent of Egypt’s power must be green by 2022
70
people, primarily locals, will be employed
1.8
gigawatt makes Benban the largest solar park in the world

Benban Solar Power is the world’s largest solar park with a total capacity of 1.8 GW. The park is divided into 41 plots, and IFU has contributed with financing of three plots of 50 MW each.

Egypt has the world’s oldest preserved pyramids, and now they also have the largest solar park. With a total capacity of 1.8 GW, Benban Solar Power will contribute to Egypt reaching its strategic target that 20 per cent of the country’s energy supply must be based on renewables in 2022.

Benban covers 37 square kilometres. The solar park is located in southern Egypt where sun conditions are optimal and provide the most effective utilisation of the installed solar panels.

Benban Solar Power is divided into 41 plots developed and financed by a number of joint ventures.

IFU has invested in three plots of 50 MW each. The investment was made in cooperation with IFC, the World Bank’s private sector programme, Swicorp, which delivers financial services to the Middle East and North Africa, and Acciona, a Spanish conglomerate within renewables, infrastructure and water. The total financing of this part of Benban solar park amounts to approximately DKK 1.2bn, of which IFU has contributed DKK 80m in equity and loan.

“Benban Solar Park is a unique project, which will contribute to meeting the increasing demand for power and reduce the number of power cuts, which have affected Egypt severely over the years. Therefore, the solar park is also significant for Egypt to continue its sustainable development.”

A report from the International Renewable Energy Agency (IRENA) estimates that by 2030 Egypt will be able to cover half of its energy consumption with renewable energy, because the country holds large unutilized resources within solar, wind and hydro power, among other things. It requires large investments, however, to be made by private investors, which is also the case with Benban Solar Power.

The solar plants, which are part of the Egyptian FIT programme, have entered into a 20-year power purchase agreement to ensure that the energy produced by the facilities can be sold to the public Egyptian Electricity Transmission Company. In that way the project can be implemented on market terms and provide a return on the investment to its investors.

The three solar plots have created about 1,000 jobs during the construction phase. In future they will produce 300,000 MWh a year on average and employ about 70 people, primarily locals, who will be in charge of the daily operations. 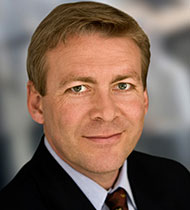